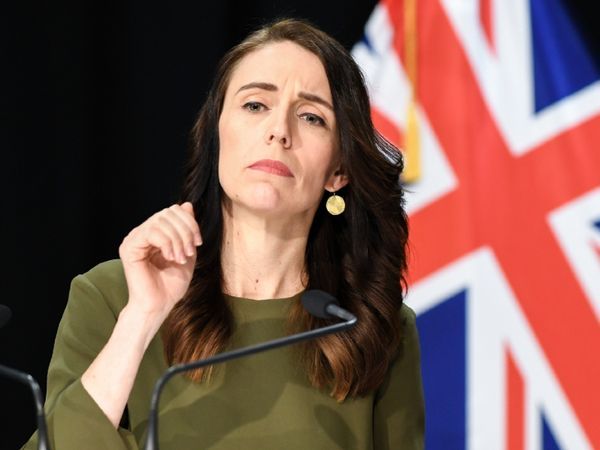 New Zealand PM Jacinda Ardern said that 17 out of 23 cases of corona infection reported in her country in the last 24 hours were Indians.

In view of the increasing cases of Corona, New Zealand has banned the arrival of Indians. The ban on entry of Indians into New Zealand will continue from April 11 to April 28. Announcing this, New Zealand Prime Minister Jacinda Ardern said that 17 out of 23 cases of corona infection in her country in the last 24 hours were Indians. They were all returned from India. Therefore, it has been decided. Singapore has also stopped visas of 8,000 Indians in view of rising cases of corona in India. These are Indians who came to India from Singapore during the Corona period last year and now want to return.

17 out of 23 new patients returning from India
In New Zealand, 2,531 new cases of corona have been reported within the last few days. Prime Minister Jasinda Ardern said that cases of corona were coming out of the passengers coming from India. Therefore, this temporary ban has been imposed. This will also apply to the citizens of New Zealand. Our government is also keeping an eye on more countries where cases of corona are increasing rapidly. If needed, a ban will be sung on travelers coming from other countries.

PM Jessica Ardern said that this is not a permanent ban. This has been implemented in view of the growing case of Corona. Hopefully, this step will help in preventing corona infection.

On Wednesday, 684 patients died and 59 thousand 129 people were recovered. With this, the figure of corona infects has now exceeded 1.29 crores. Of these, 1.18 crore people have been cured, while 1.66 lakh patients have died. There are 9 lakh 5 thousand patients who are undergoing treatment.

11 thousand people can be employed in Singapore
The jobs of 11 thousand people working in Singapore can also be lost. There are 7 thousand Indians among them. The labor department has issued an order that people from other countries doing the job have to get a work permit by May 1. Permit will be granted only if the company has a quota of foreign workers. The intention of the Singapore government behind this order is being told to provide maximum employment to the local people.

Did not get visa even after applying 22 times
Bestin Benin came to India on March 20 last year for marriage. Has applied for visas in Singapore 12 times, but has not received approval. At the same time, IT expert V. Reddy went to Hyderabad for the father’s surgery. They have applied for 22 times but have not been accepted. He is not getting a job in India either.

After 20 years, the declaration of war ends: America will withdraw troops from Afghanistan from May 1, former President Obama said – New chapter...

90% discount in three big restaurants of Dubai: There are breathtaking offers around the world to get the vaccine, somewhere tax, grocery discounts and...

Son of US President in controversies due to Ayashi: Hunter Biden...