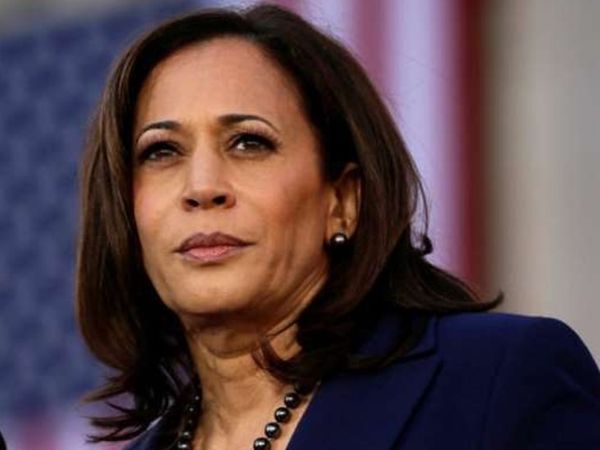 Kamala Harris was accompanied by her spokesperson Simon Sanders on the plane.

US Vice President Kamala Harris, who was visiting Guatemala, had to land back in the US after a technical snag. This was his first foreign visit after becoming the Vice President. After the plane landed, Harris said he was fine. His spokesman Simon Sanders, who was traveling with Harris, said it was a technical issue and could not be considered a security lapse.

Kamala Harris took off from Joint Base Andrew in Washington on Sunday. There was a technical problem only 25 minutes after the plane took off. After this the plane was landed back on Joint Base Andrew itself. Kamala Harris is scheduled to visit Guatemala and Mexico this week. After the Corona epidemic, Harris’ visit is expected to strengthen America’s ties with these countries. A large number of migrants come to America from these countries. Migration has been a major problem facing America for a long time. Harris’ visit is being seen as an attempt to take some big step towards this problem.

Modi spoke to Harris on the phone
Earlier, talks were held between Prime Minister Narendra Modi and Kamala Harris on June 3. This conversation took place at the initiative of Harris. During the talks, discussions were held to strengthen the relations between the two countries. During this, Modi also invited Harris to come to India when the situation in Corona improved.

After the conversation, Prime Minister Modi had said on social media – Some time ago there was a conversation with US Vice President Kamala Harris. I appreciated the vaccine that America is giving to India through Global Vaccine Sharing. Thank you for the help given by the US government, the corporate sector and the Indians living there during the pandemic. We also considered the vaccine cooperation between India and the US. Global health and economic recovery were also discussed after Kovid-19.

Secret of a big terrorist conspiracy: Jagjit was caught with 48 pistols – KLF and BKI running from Pakistan wanted to shake J&K

Trade deal between Britain and Australia: The biggest trade deal after leaving the European Union, PM Johnson said – a new dawn in the...