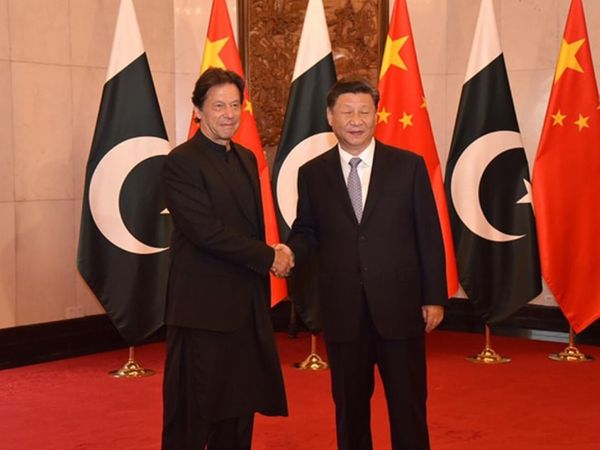 Many reports in Pakistani media have been claiming that the work of China-Pakistan Economic Corridor (CPEC) has been stalled for several months. Regarding its biggest project (Main Line 1), China itself has made it clear that it will not give a loan of $ 9 billion to Pakistan. But, China’s problem is that it already has billions of dollars stuck in this project. All terms of CPEC are confidential. Therefore, it has never been revealed how much China has spent and at what interest rate it has given loans to Pakistan.

However, now China is beginning to feel that it has made a mistake regarding CPEC. Therefore, the Chinese Ambassador to Pakistan has sought help from political parties, so that the work in this project can go ahead. Asim Salim Bajwa, the chairman of CPEC, is a former army chief and has serious allegations of corruption against him.

project concern
China’s Ambassador to Pakistan Nong Rong took part in a webinar on Friday. Its name was- Celebrating 100 Years of Communist Party of China. In this, he said some serious things in gestures. Rong said- We want to work with Pakistan. Beijing wants the political parties of Pakistan to support the CPEC, help it and work towards creating a new Pakistan. Rong is saying this when China has spent billions of dollars on this project, and the Imran government is unable to resume the work of this project.

China wants to increase political penetration
According to a report in ‘The Dawn’, China has realized that there are many problems in Pakistan regarding CPEC. This is the reason why he is now talking to political parties. In April, the Chinese ambassador held talks with the big politicians of Pakistan. These included Nawaz Sharif’s younger brother Shahbaz Sharif, Pakistan Peoples Party chairman Bilawal Bhutto Zardari and Maulana Fazal-ur-Rehman. It is believed that China is troubled by the questions arising in the Parliament regarding CPEC. It feels that if the confidentiality of the contract is breached, it will cause huge loss.

Imran’s trouble
Last month, the Parliament of Pakistan passed an important bill related to CPEC. But, the opposition strongly opposed it. The opposition says that the government should put all the documents related to this matter in front of the country through Parliament. Imran government is not ready for this. The opposition alleges that Pakistan will not benefit from this project, while China will earn millions of dollars and the law of Pakistan will not apply to its officers. According to the news agency, China wants the army to handle the CPEC instead of the Imran government. The biggest reason for this is that the Imran government has not been able to move forward on this project for more than 9 months.