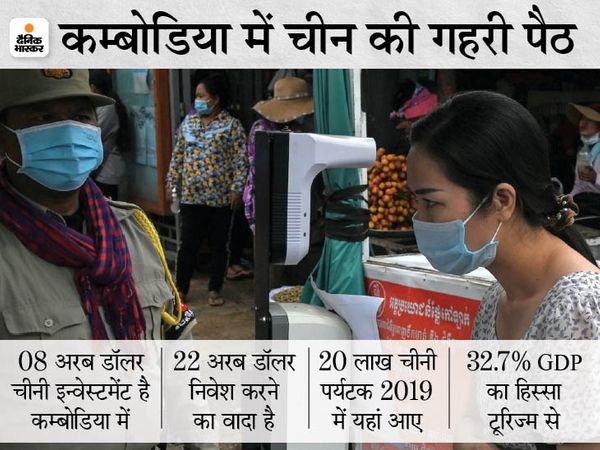 The world is battling the havoc of Kovid-19 and China is not deterring from antics even on this occasion. The latest case is of Cambodia. It is alleged that China gave ‘Kovid-19 Tracing QR Code Contact Tracing App’ to the government here and through them collected private data of Cambodian citizens. Cambodian was informed about this by the American rights organization ‘Human Rights Watch’ ie HRW. Surprisingly, even after this revelation, the pro-China government of Cambodia is not ready to say anything in this matter.

What was in HRW’s report
The ‘Asia Times’ in one of its reports has revealed China’s conspiracy quoting HRW. According to the report, on 6 April, the organization had warned the Cambodian government about this. It was said that China is not only collecting data of citizens through this app, but is also spying. The organization did not name China, but the app was handed over to Cambodia by the Chinese government. Not only this, the Ambassador of China met Cambodian officials then.

tourism hoax
According to the report, the Chinese ambassador to Cambodia then said that the data collection is to check how many people travel between the two countries. The truth is that China has banned people coming from other countries in the epidemic. The responsibility of updating the app was given to that Hubei company, which is no longer getting entry on charges of espionage in most countries of the world.

There is also an allegation that Cambodia’s pro-China Prime Minister Hun Sen is tightening the noose on his opponents through this app. It is claimed that tourists coming from other countries are also being spied through this app.

secret agreement
According to the ‘Wall Street Journal’, American investigative agencies got to know about these actions of China in July 2019. According to the report, a secret agreement has been signed between Cambodia and China. Under this, the Cambodian government has agreed to hand over its Reem Naval Base to China for 30 years. Surprisingly, since 2010, Cambodian and American soldiers have been conducting combined military drills. This navy base was prepared by the US itself, but China is now eyeing it. Thailand did not give much value to China, so now through Cambodia, it is plotting to increase espionage and military power.

Under an exclusive contract with The New York Times: These mothers find a new path through the challenges faced during the pandemic; Changed...

China’s giant leap in space: 3 astronauts leave for space for...