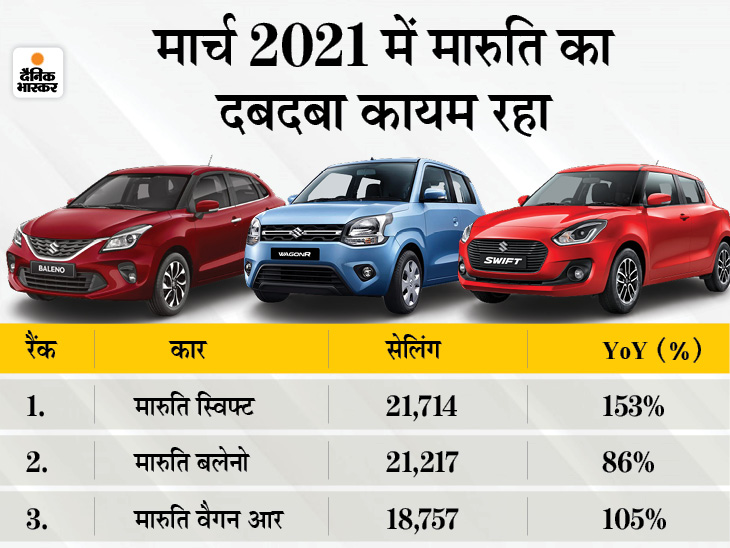 The new year has started off well for the auto industry. Car sales are increasing every month. Almost all companies are making record sales on an annual basis. However, the country’s number one company, Maruti Suzuki India Limited, continues to dominate. In the top 10 cars of March 2021, 7 models remained of Maruti. At the same time, 3 models were included of Hyundai. 4 of the top 5 cars were from Maruti.

Swift was the most in demand
Maruti’s Swift ranks first or second in the list of best-selling cars every month. Swift was in great demand last month. The company sold 21,714 Swift. On a year-on-year basis, Swift’s demand grew by 153%. In March 2020, the company sold 8,575 Swift. Swift had a market share of 14.7%. 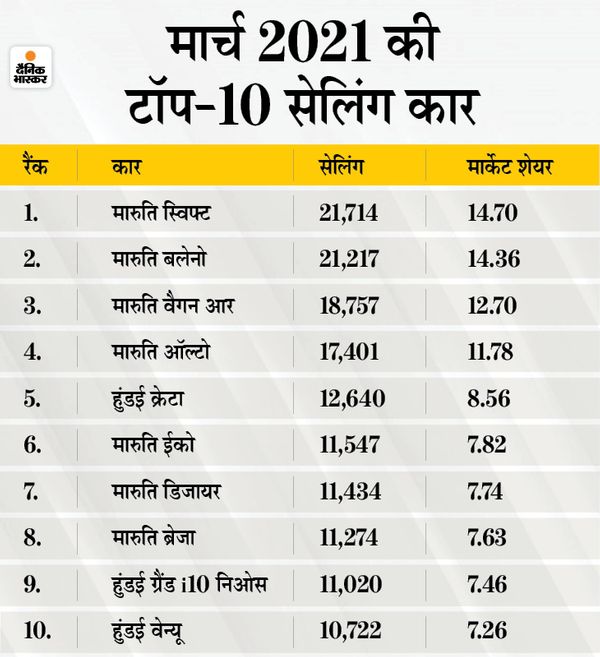 Hyundai Creta became the best selling SUV
Hyundai’s 3 models were among the top-selling top-10 cars in March 2021. Creta was included in the top-5 in these. That is, it was also the best selling SUV in the country. The company sold 12,640 units last month. Creta has a market share of 8.56% in the Indian market. Hyundai’s 2 other models were the Grand i10 Nios and Venue.

5G smartphone with your budget: Oppo launched the cheapest 5G phone, price Rs 17,990; It will get 6GB RAM and 128GB storage

Shanghai Auto Show 2021: EVE will be seen at the event this time; Many companies will have car showcases, from Tesla to Mercedes;...