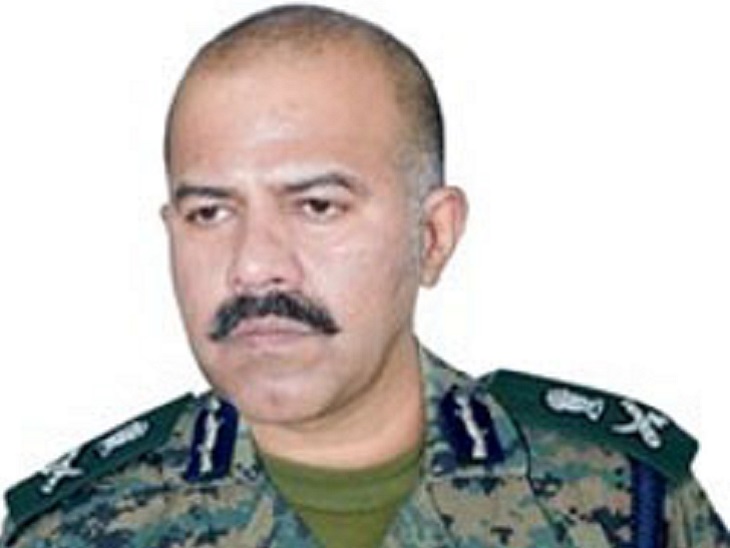 CRPF IG Naxal Operation Nalin Prabhat in Chhattisgarh. He had command of the Bijapur operation.

The question is also whether the intelligence of CRPF and other security forces is so weak that the information of major preparations of more than 250 Naxalites did not reach them even in 20 days. This is not just two cases. The land of Bastar is getting red with the blood of the soldiers every day and the only reason for this is seen, due to the negligence in planning, execution, ground connect and intelligence of the senior officers of the force.

Nalin was earlier found guilty in the Court of Inquiry
On 6 April 2010, Maoists surrounded the CRPF and killed them in Tadmetla in Dantewada district. DIG Nalin Prabhat ordered 150 soldiers of Chintalnar camp to leave for 72 hours of area sanitization. When the contingent was returning on the third day, the Naxalites sitting in ambush on the way first blew a culvert from the explosion and then fired 76 and killed 76 jawans.

The matter was also investigated by the Rammohan Committee of the Ministry of Home Affairs along with the Court of Inquiry. The investigation found the then CRPF IG Ramesh Chandra, DIG Nalin Prabhat, 62 battalion commander AK Bisht and Inspector Sanjeev Bangade guilty. They were accused of sending the force for area sanitization without adequate security, not sending the field commandant and deputy commandant. These four officers were transferred.

Then the CRPF had a wireless set, now planned information
The investigation committee report of Tadmetla scandal revealed that the Naxalites had a wireless set of CRPF. With this, they were keeping complete information about the movement of the force. Through this, they came to know the date, route, time of the Force’s return to Chintalnar Camp. On Saturday, the naxalites implicated the force in Jonaguda, Bijapur, giving planned information. The Naxalites brought their location to the hands of the newsmen, after which the officers instructed the soldiers to reach Jonaguda.

Prabhat had escaped earlier by telling him to give information to IG
Nalin Prabhat had said after the Tadmetla scandal, that he had sent information to IGs and sent them to the soldiers. It was also said that the deputy commandant, who went with the force, stayed in the battalion for about 6 months. He knew the local route and the local map, but could not do his job. Today Nalin is an IG Naxal operation himself. They have full responsibility, including intelligence. No significant operation can take place without their permission. In such a situation, now it will be difficult to give them cleanliness.

Export said – can not tell where the mistake occurred without investigation
A retired DG, who has taken many responsibilities including Naxal operations, says that where there was a lapse in any encounter, it cannot be told without a detailed investigation. Many times the intelligence is also due to intelligence and sometimes ground conditions are responsible for this. When the encounter was taking place, where was the ambush to be broken, what was the position, all these things count very much. Our soldiers are fighting a battle in adversity. They are dealing with hidden Naxalites with full courage. Their martyrdom should be saluted.

Another letter bomb in Maharashtra: Vajj said – Like Deshmukh, Minister...