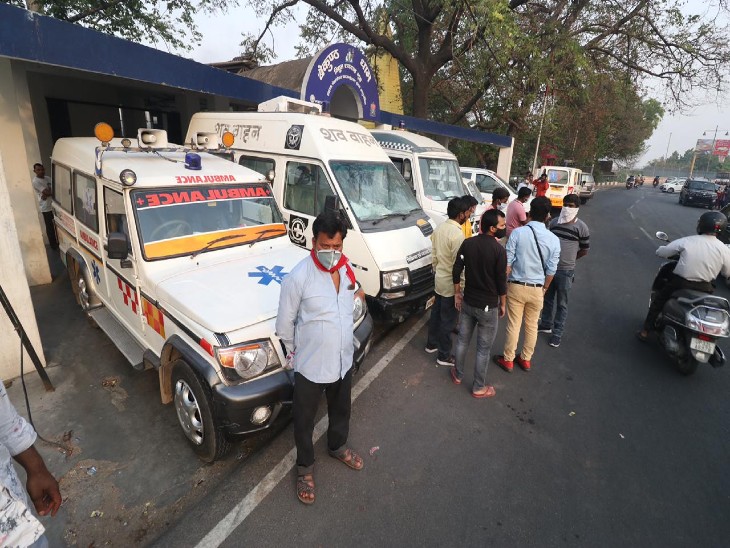 The line of ambulance is now daily at the gate of Baikunth Dham Electric Crematorium Ghat in Lucknow. These vehicles carry the corpses of patients who have died of corona.

The second wave of Corona has spoiled the situation in Uttar Pradesh. More than 6,024 cases of corona have been reported in UP within the last 24 hours. 40 people have died. There have been 12000 new cases in the state within the last 2 days.

In Lucknow, on Wednesday, 1333 new cases of corona were found and 6 deaths occurred. The situation can be gauged from the fact that tokens were distributed for the last rites at the Baikunth Dham Electric Crematorium Ghat in the city and people had to wait for 8 to 12 hours. 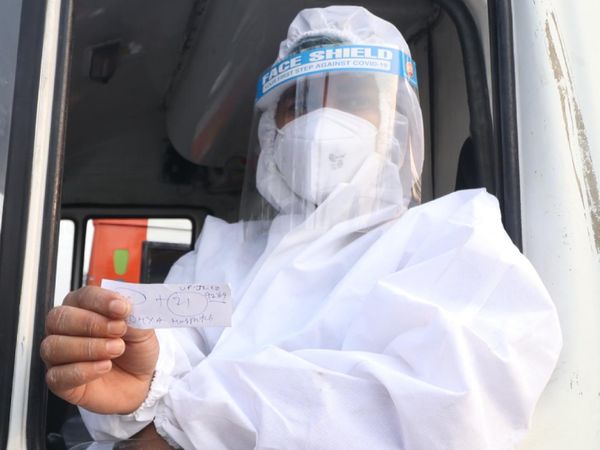 20 corona patients died, funeral to be 60
According to data released from the CMO office, 20 patients have died from corona in the last 3 days in Lucknow. In contrast, 60 corona positives have been cremated at the cremation ghats. An ambulance queue outside the Baikuntha Dham crematorium in Lucknow.

20 hours wait for hospitalization
1333 patients were found in Lucknow on Wednesday. Serious patients have to wait for 20–20 hours to be hospitalized. The situation is so bad that the ambulance is not reaching even after the calls from the Kovid positive patients.