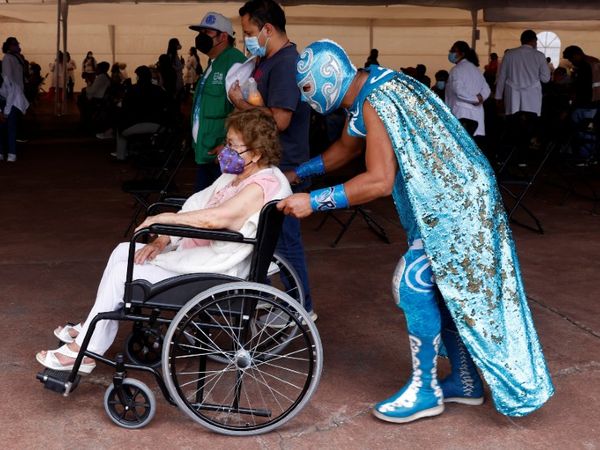 The new wave (wave) of Corona is spreading rapidly in Bangladesh. The lockdown of 1 week is being imposed from April 5. At the same time, 7 people have died after the Oxford’s AstraZeneca vaccine was introduced in the UK. After this incident, the debate on blood clotting has started once again after the introduction of the AstraZeneca vaccine. So far, one crore 80 lakh people have been vaccinated by this company. Out of this, 30 people have had clotting problems.

Factories and companies relieved of lockdown
Bangladesh’s Transport Minister Abdul Qadir announced the lockdown on Saturday morning. Qadir is also the general secretary of PM Sheikh Hasina’s party in Bangladesh. He said that all offices and courts would remain closed in the lockdown. However, relief has been given to factories and companies. Public Administration Minister Farhad Hussain said that after closing the factory and companies, the employees started returning to the villages. Therefore, it has been decided to keep them operational.

PM office issued 18 point note
Earlier, an 18-point note was also issued from the Prime Minister’s Office of Bangladesh regarding the strictness of the Corona Guideline. It said that in view of the increasing cases of corona, the mobilization of people has been banned. All social, political and religious events will remain closed. Buses will be able to carry half the passengers at their capacity. Corona cases are coming up in large number in Bangladesh since last few days. There were 5,358 cases on Wednesday, which is the highest in the cases since March last year. In the last 24 hours, 50 people have died here, after which the death toll has risen to 9,155.

Pakistan not in a position to withstand Corona’s third wave
Corona virus cases are also increasing rapidly in India’s neighboring country of Pakistan. Bilawal Bhutto-Zardari, president of Pakistan’s main opposition party PPP, says his country is not in a position to withstand the third wave of the virus. The biggest reason for this is the government of Pakistan’s refusal to buy the vaccine for everyone. He said this at a meeting of his party workers. He said that we are also behind India, Bangladesh, Afghanistan and Sri Lanka in the matter of vaccination. This is enough to show the weakness of our government. Even Afghanistan, which is facing war-like conditions, is ahead of us in this matter.

Health workers also refuse to get China vaccinated
The process of vaccination in Pakistan is going on at a very slow pace. Only the Chinese vaccine is being installed here, which has been refused by the health workers too. They do not trust the reliability and safety of the vaccine. The first batch of vaccines from China came to Pakistan on 1 February. 0.5 million (5 lakh) vaccines were sent to this consignment.

Classes will start in Brazil, bars and restaurants will be closed
In the last 24 hours in Brazil, 70,238 cases of corona were reported. Corona has infected a large population in this South American country. Brazil is second only to the United States in the world in terms of active case and death. The highest infection here is in the cities of São Paulo and Rio de Janeiro. Classes in both these cities will start from Monday, but bars and restaurants are banned until 9 April. Vaccination in Brazil began in January. 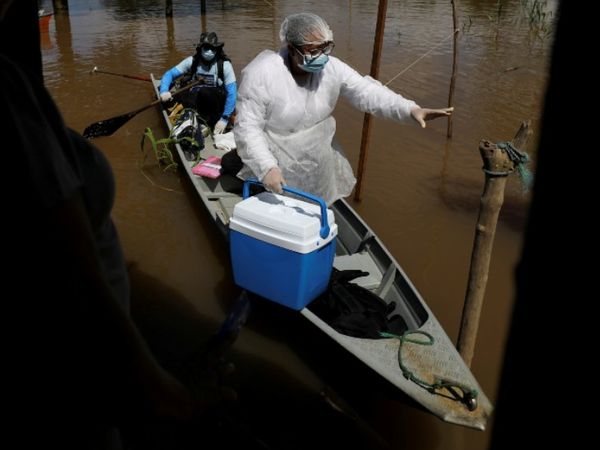 A health worker goes to treat a corona patient on the other side of the river at Anama in the Amazon state of Brazil.

Nitish - 6 April 2021
Fed up with Ads? Install Dainik Bhaskar app for news without adsYangon4 hours agoCopy linkBangkok, the capital of Thailand, had a Miss Grand...
Go to mobile version