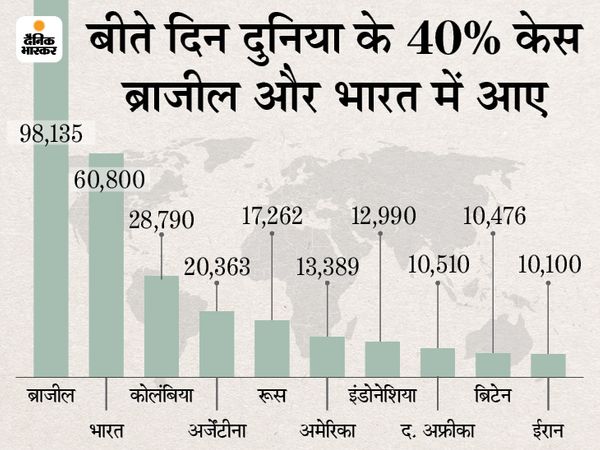 Corona cases are increasing continuously in the world. On Friday, the corona report of 4 lakh 897 people in the world came positive and 4 lakh 17 thousand 204 people defeated the virus. During this, 8,523 people also died due to infection.

The worst conditions were seen in Brazil. Here 98,135 people came under the grip of Corona on the last day. This is the largest figure of infection cases in a day. Earlier on March 25, 95,586 cases were reported. In the last 24 hours, the highest number of 2,449 deaths were also recorded in Brazil. 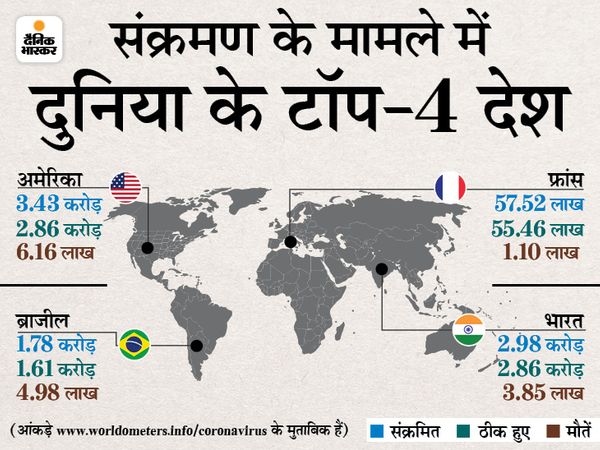 Top-10 countries, where so far most people have been infected

Amazing by the use of technology: Two companies earned 22 thousand...