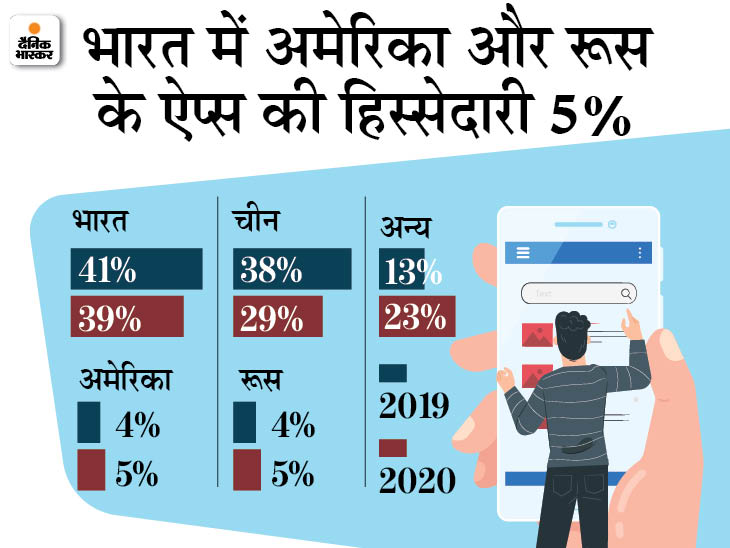 The effect of banning Chinese apps is beginning to appear. In the last year, the installed volume of Indian apps in the top install in the country increased to 39% from about 37% in 2018. At the same time, the install volume of Chinese apps which was 38% in 2019 decreased to 29% in 2020.

This information came from the report by the analytics firm AppsFlyer. According to Sanjay Trishal, Country Manager of AppsFlyar India, the market of Chinese companies has decreased due to the ban. At the same time, Indian companies have achieved good growth year after year.

85% of app installations in tier-2 and tier-3 cities

People love light and low data consumption apps
With people spending more time at home, dependence on apps increased. But, on the other hand, it also meant that users had more time to remove unwanted apps from their phones. Indian app users are liking apps that take up less space on the phone and consume less data and work better even in poorly networked areas.

Spectrum auction: Auction of spectrum of Rs 3.92 lakh crore has started, there will be auction of 7 frequency bands

Low price-high specification: this cheap phone of Gionee will get 6000mAh battery and 6.52 inch display, price not even 7 thousand rupees