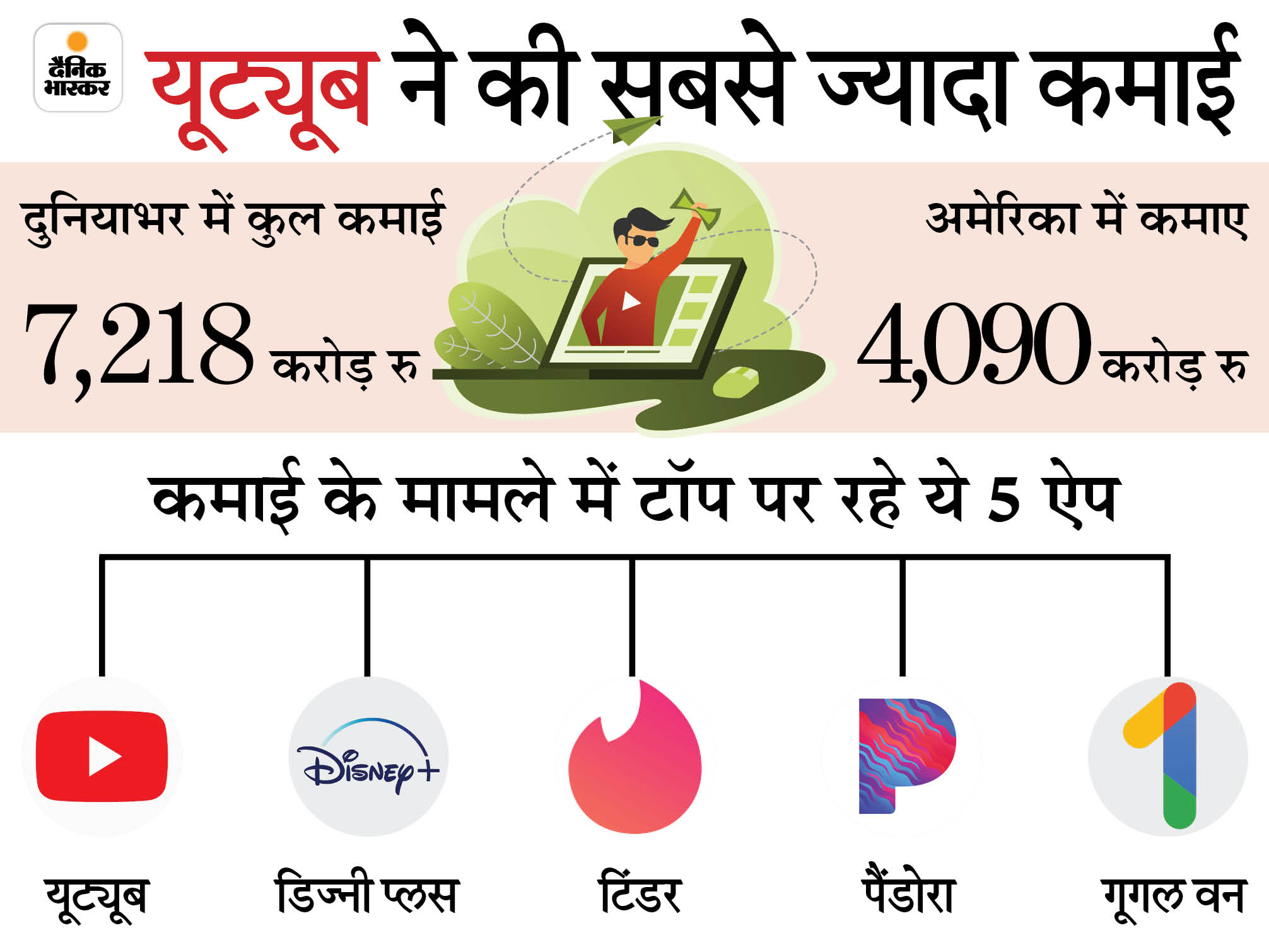 Last year people from all over the world spent heavily on subscription apps. This can be gauged from the fact that the top 100 non-game subscription apps generated a turnover of about Rs 94,627 crore last year. This is a 34% increase annually. The total revenue of these apps in the year 2019 was around 70,606 crores.

According to data from app analytics firm Sensor Tower, revenue of the top-100 non-game subscription app was about 11.7% of the Rs 8,07,969 crore spent by users on in-app purchases last year. The top-grossing top-10 apps on both stores include YouTube, Disney Plus, Tinder, Pandora, Google One, Twitch, Bumble, HBO Max, Hulu and ESPN.

Number one in youtube earnings on app store
YouTube topped in terms of earnings. The company’s total worldwide revenue was Rs 7,218 crore. Whereas in the US alone YouTube earned around Rs 4,090 crore. The second highest grossing app was Tinder, a popular dating platform.

Google One app topped Google Play Store
Google One was the highest grossing app on the Google Play Store. The app grossed over Rs 3,239 crore worldwide while in the US alone the app earned around Rs 1,861 crore. Apart from Google One, the top 10 include Disney Plus, Pandora, Twitch, HBO Max, ESPN, Facebook, Meatmee, Bumble and StarZ.

Companies rapidly adopted subscription model during the epidemic
The report found that mobile game publishers were increasingly subscribing to the subscription model in 2020, with eight of the 15 highest-earning apps offering in-app payments to users. The report states, “This change in strategy has been made keeping in mind the trend of the users. However, even before Kovid-19, users have been spending more on subscription apps. From the first quarter of 2019 to the fourth quarter of 2020, American users spent more in the top-100 subscription app every successive quarter. In the last quarter of 2020, this revenue was around Rs 12,374 crore, up 31% from the Rs 9,462 crore in the first quarter.

Google fined: 9.5 crore fine imposed due to incorrect ranking of...