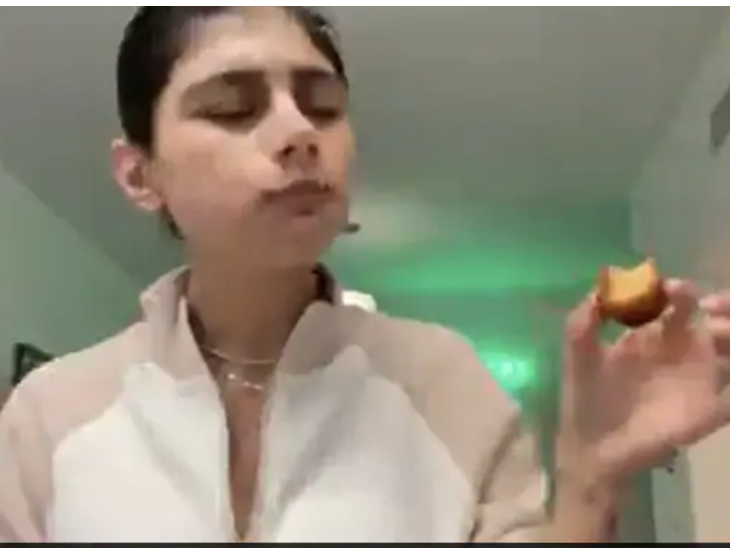 Former adult star Mia Khalifa has shared a video on social media, in which she is seen eating Gulab Jamun and Biryani.

Celebrities who support the ongoing peasant movement in India include former adult star Mia Khalifa along with singer Rihanna and activist Greta Thunberg. Mia wrote on social media that I stand with the farmers. After this, she came under the trolls’ target. On this, he responded to such people in a funny manner on Friday.

He was joined by American model Amanda Cerny. Later, Rupi Kaur and Canadian MP Jagmeet Singh also joined this conversation. The four made fun of those who are saying that the purpose of supporting the farmers’ movement and to surround the government is to discredit India.

The conversation started by Mia Khalifa. Mia is being accused of taking money from Sikh separatists to support the movement. Wrote on social media that if we are paid by the Indian government, we will not have to hashtag #ad. He wrote that I miss the new SEC rule. The SEC is the US Securities and Exchange Commission of America. It sets the rules for investors and markets.

Mia tagged American model Amanda Cerny with her talk. Amanda has also supported the peasant movement. In response, Amanda wrote that it was all a joke. I have many questions. Who is paying me? How much am I being paid? Where do I send my invoice? When will I receive payment? I have tweeted a lot. Will I be paid extra?

Meanwhile, Rupi Kaur wrote with Lough Wali emoji that they think that we Sikhs are giving money to all of you in return. To this, Mia said that to express her support, she would ask for dinner from an Indian restaurant.

Rupi Kaur replies to them that tonight’s dinner will be by my side. On his talk, Canadian MP Jagmeet Singh wrote that the desert will be on his behalf.

Mia then shared the video with a dinner plate. He wrote that Rupi Kaur thanks him for this feast. Jagmeet sent Gulab Jamuns for Mia. Written for this, eat one rose (berries) daily and keep away fascism. However, all the people involved in this conversation are left in trouble. There are reports of action against pop stars Rihanna and Greta Thunberg.

Opposition on BJP’s target in Kerala: Prahlada Joshi said – Congress with the Left in Tamil Nadu and Bengal and Congress against it here;...