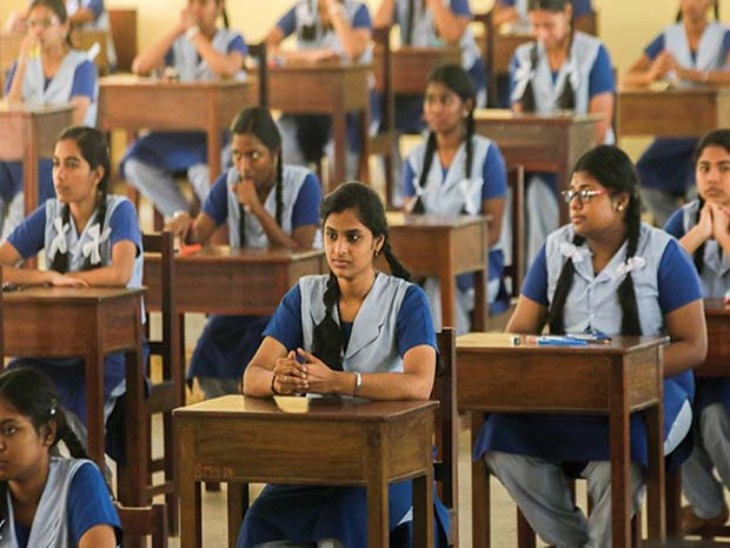 The Central Board of Secondary Education (CBSE) has started finalizing the review of marks sent from schools to release the 10th result. If all goes well, the result can be released on 22 or 23 July and keeping this in mind CBSE is preparing. It is also decided that the schools whose marks have not been uploaded under the rules, the results of those schools should be withheld and declared after July 31.

At the same time, the 12th result is expected to be released next week. The reason for this is that CBSE has given time till the midnight of 22 July to the schools to upload the marks. Although no official announcement has been made by CBSE regarding the result date of 10th and 12th, but it is also certain that CBSE can release the results of both 10th and 12th by July 31.

Possible to release result on 22-23 July

Experts say that CBSE has opened the portal for uploading 12th marks at midnight of 22nd July. CBSE would like that the 12th result will be given full time to declare before 31st and in such a situation, declare the 10th result on 22nd and 23rd July, so that only 12th work is left.

Hence the delay in releasing the result

After the cancellation of the exam, CBSE decided the formula of marks for the result. Based on this, the schools prepared the results and sent them to the board, but many schools gave exaggerated marks to the students to improve their results. Due to this, these schools were asked to send the numbers again after review. For this, time was given till July 17. After this date, the exercise of reviewing the marks has been started and it is believed that due to this the result got delayed.

Portal opened till the night of 22nd July

In the order issued to the schools on behalf of Controller of Examinations Dr. Sanyam Bhardwaj, it was informed that the portal is being opened from July 16 (afternoon) to July 22 (midnight) for moderation and finalization of class 12th results. The board has to declare the result latest by July 31. So strictly follow the prescribed schedule and complete the moderation within the schedule. If any school does not complete the moderation within the stipulated period, their result will be declared separately after July 31.

CBSE can take action against schools

The order also states that if it is observed that a school has not followed the instructions, CBSE will moderate the marks to bring the given marks in line with the policy before preparing the result. The changes made in the data by the schools will be recorded by CBSE. If the policy is not fully followed by the schools, then CBSE can initiate action against such schools.

Schools have roll numbers of students who have registered for CBSE board exams. Before the internal assessment, the board sends the roll numbers of the students to the schools. In such a situation, students can get information about the 10th roll number from their respective schools.

Check this way without roll number

This time the board will share the marksheet on Digilocker along with releasing the result online. To access documents through Digilocker, instead of roll number, you can check your result online by using your Aadhar card number and that mobile number. Apart from this, the board had also introduced the facial recognition system last year. In such a situation, even if the student does not have an Aadhar card, he will be able to use DigiLocker.

RPSC Exam Time Table Released: Assistant Professor Competitive Exam 2020; One and a half lakh candidates will be involved, from September 22, the...