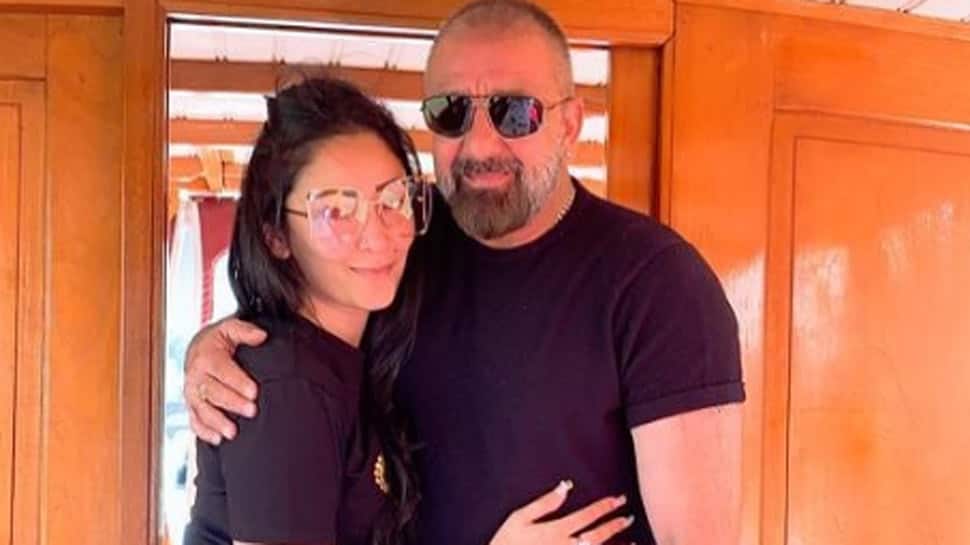 Maanayata Dutt posted on Instagram: For all those who were asking for a latest picture of me and @duttsanjay together…#missionimpossible #accomplished #love #grace #positivity #dutts #beautifullife #thankyougod @duttiqra

Fans are always longing to see the couple’s latest pictures together. In this one, Sanjay Dutt can be seen through a transparent glass while Maanayata poses away in a bright orange dress.

Earlier this year in February, Sanjay Dutt made a sweet declaration of his love for his wife Maanayata Dutt on their 13th wedding anniversary. The ‘Munnabhai’ actor took to Instagram to post an adorable picture of the couple standing with their arms wrapped around each other.

Maanayata and Sanjay Dutt share an unbreakable bond with each other. Last year, when Dutt was diagnosed with stage 3 Lung Cancer, Maanayata firmly stood by him and helped him through the challenging battle. Fortunately, Sanjay Dutt is cancer-free now as announced by him in October last year.

Sanjay Dutt and Maanayata got married in 2008 in a Hindu ceremony in Mumbai and on October 21, 2010. The duo is blessed with twins, Shahraan and Iqra.

Dutt also has a daughter named Trishala from his first marriage with Richa Sharma. However, his daughter currently resides with her maternal grandparents in the US.