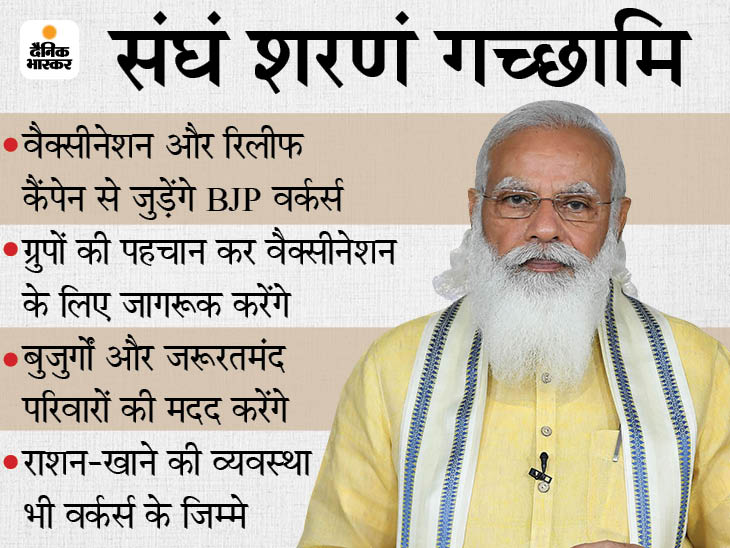 In the second wave of Corona, the governments of BJP-ruled states including the central government also faced criticism. BJP has taken the path of Rashtriya Swayamsevak Sangh to improve the image of the Modi government that has been damaged by this. Under this, BJP has launched a program named Seva Hi Sangathan. Party President JP Nadda has asked the workers to take part in the vaccination campaign in the second phase of this campaign.

Workers should do ground work even in view of the third wave
Nadda has instructed the activists to insist on vaccination of such parents, who have children below 12 years of age in their homes. This direction of the party is based on the apprehensions of experts regarding the third wave, which said that children may become more infected in this wave.

3 steps so far to improve the image

Investigation up to 50 km: There is no repair of the...

Mukul - 20 June 2021
Hindi NewsNationalWhere The River Is Sanding The Embankment, There Is No Repair, Where It Is Safe, Crores Of Rupees Have Been Spent There.36 minutes...
Go to mobile version