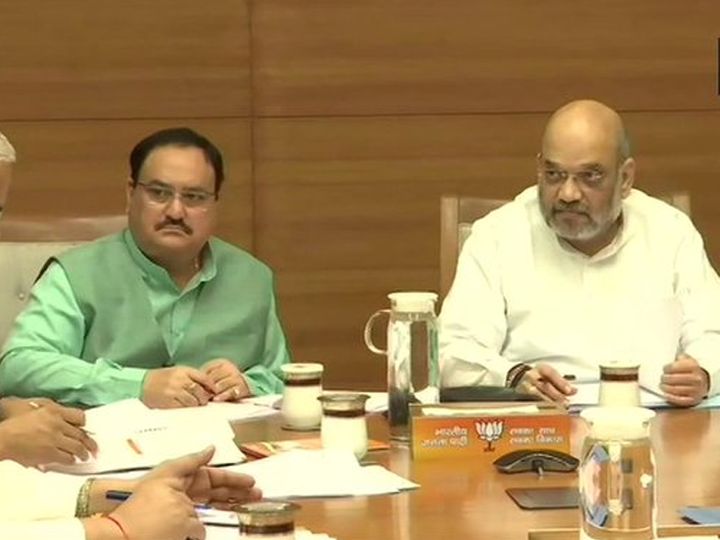 Shah-Nadda is accompanied by Union Minister Sanjeev Balyan, MP Satyapal Singh and many other MPs and MLAs.

BJP National President JP Nadda is holding an important meeting at the party headquarters amid the farmers’ agitation for the last two and a half months on the issue of repeal of the agricultural law. Along with Nadda, Union Home Minister Amit Shah and Agriculture Minister Narendra Singh Tomar are also present in the meeting. In this, the peasant leaders of the party’s Punjab, Haryana, Uttar Pradesh and Rajasthan units have been called. Along with this, many other MPs and some MLAs have also reached the meeting along with Union Minister Sanjeev Balyan and MP Satyapal Singh.

Negotiations on further strategy for farmer movement
According to sources, further strategy is being discussed in the meeting on the farmers movement. This meeting is considered to be important in view of the assembly elections in five states including West Bengal, Assam and the ongoing local body elections in Punjab, Gujarat, Rajasthan. With this, elections will also be held in Madhya Pradesh in the coming time. In such a situation, the political profit and loss of these states can also be discussed in the meeting.

Opposition races through Mahapanchayats
Leaders of opposition parties are joining the peasant mahapanchayats of western Uttar Pradesh, Punjab, Haryana and Rajasthan. So far Jayanta Chaudhary of RLD, Congress General Secretary Priyanka Gandhi, Rahul Gandhi, AAP MP Sanjay Singh have joined the Mahapanchayats of these states. At the same time, Delhi Chief Minister Arvind Kejriwal is also going to attend the Kisan Mahapanchayat held in Meerut on February 28. This meeting is considered to be important given the opposition’s strategy between elections.