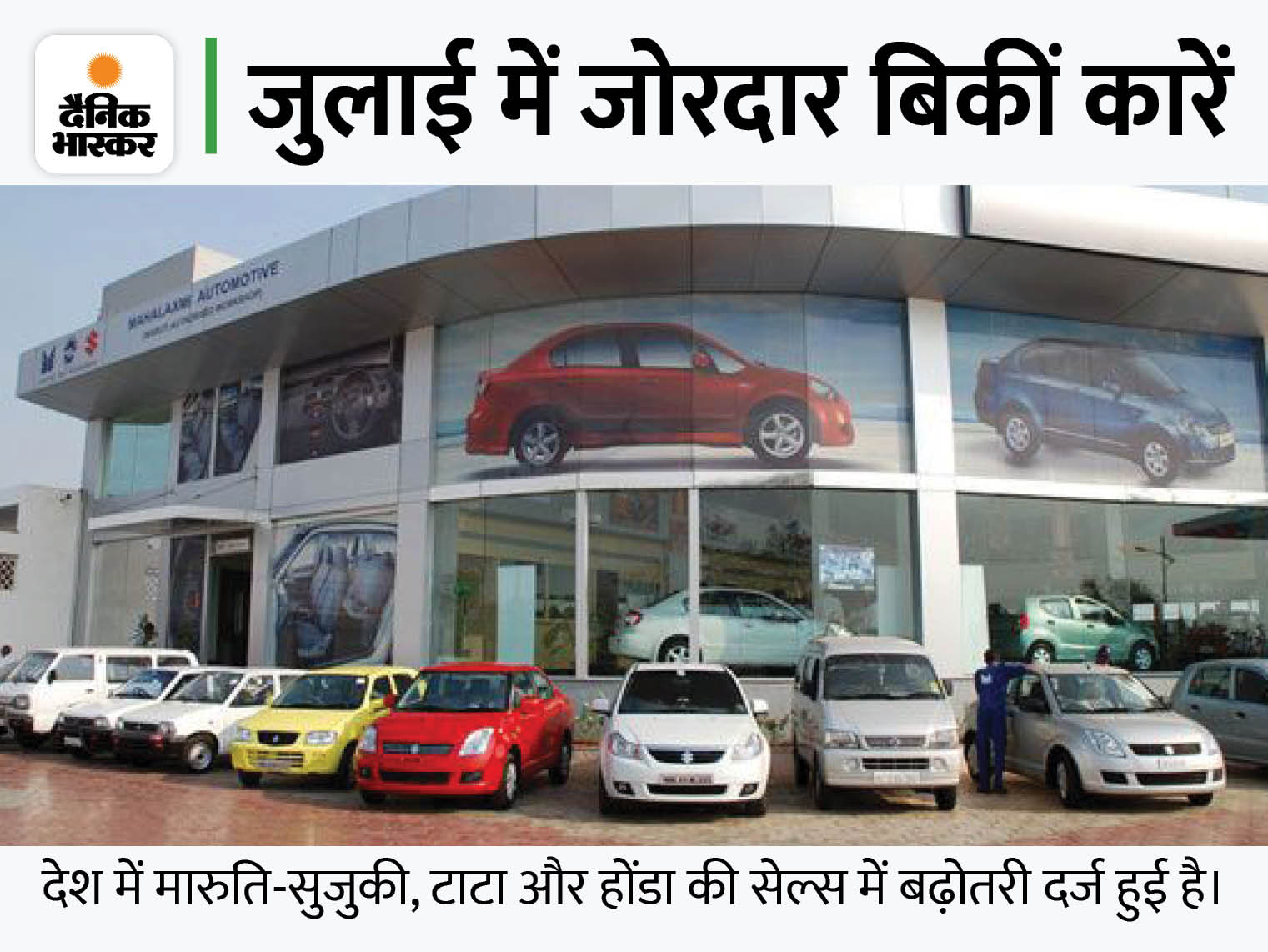 After the lockdown restrictions were lifted after the second wave of corona in the country was over, the car market also gained momentum. The major automobile companies of the country have released the sales figures of cars in July 2021. Maruti Suzuki India Limited sold 50.33% more vehicles in July than last year. The company had sold a total of 1 lakh 8 thousand 64 cars in July 2020. Tata Motors sales also grew by 19% over the previous month. Here, according to the news agency, Honda has broken the 12-year record of domestic sales of cars.

Maruti Suzuki sold 1.62 lakh cars
Maruti has sold a total of 1 lakh 62 thousand 462 vehicles in July. Out of this, 1 lakh 36 thousand 500 vehicles were sold in India and 21,224 vehicles were exported. Maruti had 4,738 vehicles from Original Equipment Manufacturers (OEMs). OEM means selling the cars made by Maruti under the branding of another company. In India, Toyota sells Maruti Baleno as Glanza and Brezza as Urban Cruiser.

Maruti-Suzuki’s Baleno hatchback is sold by Toyota from its showroom under the name Glanza.

Highest sales of 70,268 units in the compact segment

Tata Motors sales up 19%
Tata Motors sold 19% more vehicles in July as compared to June, which stood at 51,981. The company’s passenger vehicle segment witnessed a growth of 25% as compared to June. The company’s overall domestic sales grew by 11% and the company sold 21,796 vehicles in July. At the same time, overall commercial vehicle sales increased to 23,848 units as against 22,100 units were sold in June.

Tata Motors’ passenger vehicle segment registered a growth of 25% in July as compared to June.