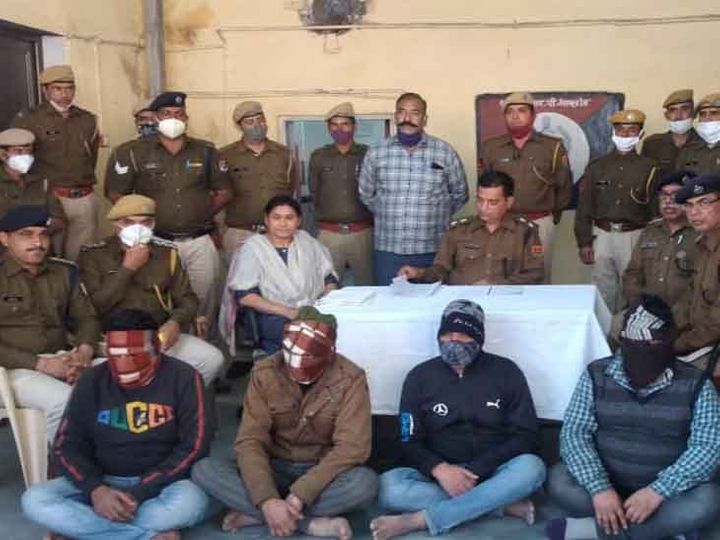 Four members of the gang who committed thefts in the train were arrested by the police.

On January 22, the GRP arrested four members of a gang that had stolen and looted the Secunderabad-Hisar Express coming to Jodhpur. The members of this gang would travel by getting reservation in the train and after seeing the opportunity, they would clean their hands on the belongings of their hitchhikers. These people have done more than 250 such incidents so far.

GRP SP Bhanwar Singh Nathavat said that the combined team of GRP and RPF has exposed this gang. He said that on January 22, after the disappearance of the luggage of seven passengers on the Secunderabad-Hisar Express, a team was formed and a thorough investigation was started. Eventually the team managed to capture the members of this gang.

Based on the information given by the passengers, the four suspects were detained and interrogated strictly. Officers were also shocked when the whole matter came to light in the interrogation. A large gang had been engaged in his hand, which had been looking for a long time. This gang includes Mohammad Mukhtayar, Mohammad Dilshad, Azad and Sachin Panchal. They are all Delhi residents.

Azad is the kingpin of this gang. He used to bring young men from Delhi in the name of traveling with him and would get off at a station after seeing a chance of stealing the valuables of his passengers from a moving train. Azad admitted that he had stolen the belongings of passengers in different trains more than 250 times till now.

Their main goal was to steal goods from the purse of female passengers. This gang would become active as the passengers slept in deep sleep at night. They are being intensively questioned. Many more cases are expected to open from them.