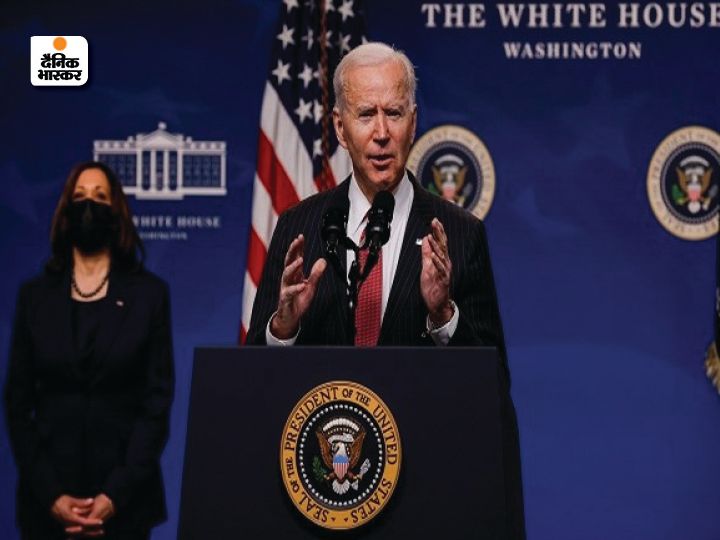 Biden also denounced the use of force on anti-army protesters in Myanmar. He said that if the army tried to suppress the peaceful movement, then more strict restrictions would be imposed on it. (File)

US President Joe Biden on Wednesday imposed economic sanctions on Myanmar military officials. Now the top officials of the Myanmar army will not be able to use that one billion dollar fund which is a deposit in American banks. According to Biden, the first-round ban will come into force this week. Some export restrictions have also been imposed. He demanded the Myanmar Army to immediately release all the detained leaders, including President U Win Mint and state counselor Aung San Suu Kyi.

The Biden administration is also looking to freeze all the properties of the Myanmar government in the US. However, organizations working for health and social justice will not come under this ambit. Biden opposed the use of force on the protesters. Said- We stand with democratic rights in any case. If Myanmar’s military regime does not reform and restore democracy there, many kinds of bans and restrictions can be imposed. Biden said – the world has to come together to improve the situation in Myanmar, America stands with the people there.

Myanmar army says elections will be held after the end of Emergency
On the other hand, the Myanmar army said that elections would be held in the country after the end of 1 year of emergency. Election commission will be improved. The elections to be held in November last year will also be reviewed. The army said that on November 8, 2020, elections were largely poll fraud. The National League for Democracy Party (NLD) won 83% of the seats in the election results that came on November 8 last year. The Election Commission rejected the allegations of rigging in the election.

The country remained under military rule until 2011
Myanmar has been ruled by the army until 2011. Aung San Suu Kyi fought for years to bring democracy to the country. During this time he had to be under house arrest for a long time. After democracy came, a fixed quota was set for the representatives of the army in Parliament. The constitution provided that Suu Kyi could never contest the presidential election.

Coup effect on india
The military government, which has been in Myanmar for almost 50 years, was not in favor of spoiling relations with India. However, India supports democracy in Myanmar. Therefore, Myanmar’s army is expected to tilt towards China. There have also been reports that China is provoking the Myanmar rebels by arming them against India. By doing this, it wants to spread unrest in the states of the Northeast. This was claimed by the European Foundation for South Asian Studies (EFSAS), a Netherlands-based Amsterdam-based think tank.