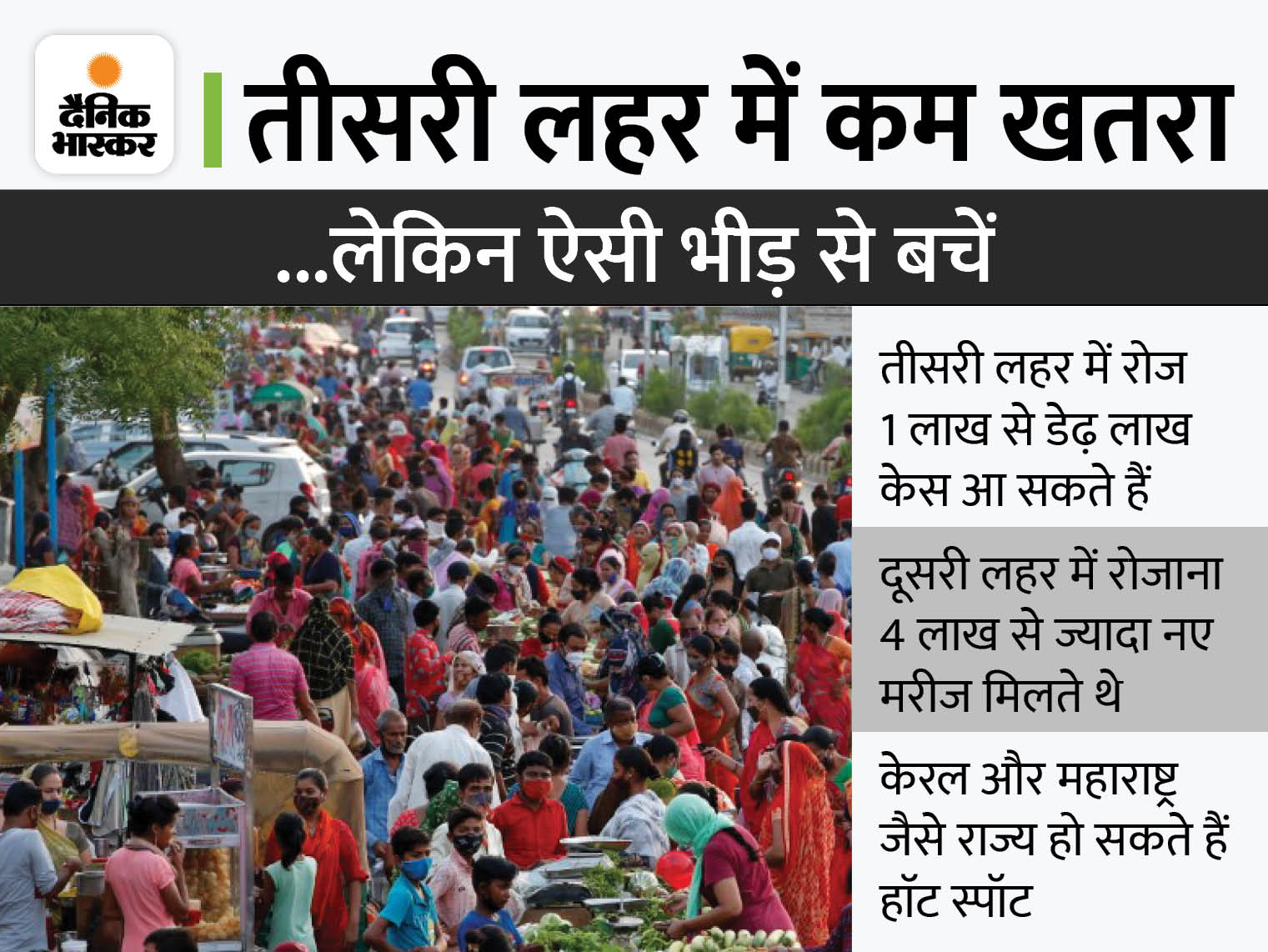 Experts who have accurately predicted the second wave of corona in the country have predicted the third wave. It has been said in the research that the number of corona patients will start increasing only between the second and third week of August this month.

According to experts, this will be the beginning of the third wave, which will reach one to 1.5 lakh new patients daily in October this year. During this the third wave will be on peak.

According to Bloomberg’s report, this latest prediction about Corona has been made by experts on mathematical models. The research involved Madhukumalli Vidyasagar and Manindra Agarwal from IIT Hyderabad and Kanpur. Let us tell you that the apprehensions of both the experts regarding the second wave were accurate.

covid protocol and vaccine only solution
Still people have to be careful. That is, the Kovid protocol will have to be fully followed with the vaccine. People will have to avoid masks, social distancing and public gatherings. Along with this, vaccination will also have to be intensified, so that the danger can be prevented from dominating more and more.

4.24 lakh people died so far
According to the Union Health Ministry, 40,134 new cases of corona were reported in India in the last 24 hours on Monday. 422 people have lost their lives. At present, the total number of infections is beyond 3.16 crore. In these 4.24 lakh people have lost their lives. The number of active cases in the country is 4.13 lakh. So far 3.08 crore people have recovered from the pandemic. The recovery rate is 97.35%.

Less than 50 thousand cases came from 36 days
For 36 consecutive days in the country, less than 50 thousand new cases have been reported daily. More than 46 crore doses of the vaccine have been administered. The central government has set a target to vaccinate a large population by December. In view of the increasing cases of infection in 10 states including Kerala, Maharashtra and Northeast regions, the central government has sent its teams to these states, which are working to stop the virus.