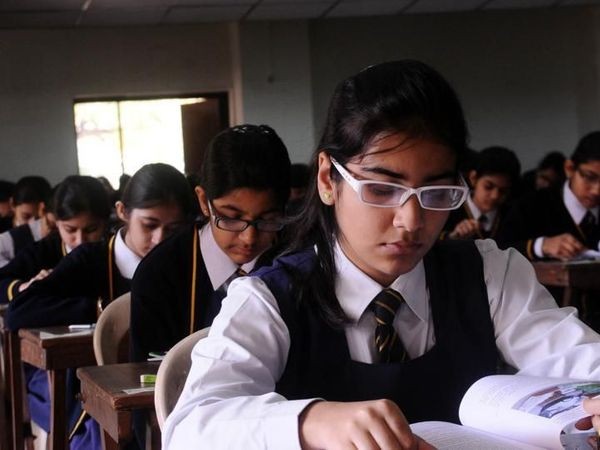 Schools are closed till 9th ​​grade in the cities due to increasing Carona case. There is also a plan to close rural schools near the urban border. (Symbolic picture)

In view of the increasing cases of corona, the government is now considering closing classes from one to ninth in schools in rural areas adjoining the cities. In the current guideline, schools from the first to the 9th of the urban area are closed. But schools in rural areas are open. Now, in rural schools in the periphery of cities, it is being considered not to invite students of classes from 1st to 9th. The government is going to take a decision on this soon. The Home Department will issue the order soon after the approval of the Chief Minister.

The government issued new guidelines two days ago and ordered the closure of the cinema hall, club, swimming pool. Along with this, orders were given to discontinue the classes from 1st to 9th grade in cities and UG-PG final in colleges. It is now revealed that there are many schools in the villages near the cities where many children go to study from the cities. Due to this, there is a possibility of infection. The issue was also discussed in the Chief Minister’s review meeting held late on Monday. Minister of State for Medicine Subhash Garg raised this issue in the meeting. In a meeting with the CM, Minister Subhash Garg said that many children from the urban border come to the schools in the rural areas adjoining the cities. At present, schools up to 9th are closed in the urban border but are open in rural areas. Schools in rural areas bordering the urban border should also be closed so as to reduce the risk of corona infection.

Record cases surfaced on Monday
In Rajasthan, the corona is now taking a macabre form. 2429 new cases received on Monday, in addition to 2021 this year, also broke the record of all the cases received in December 2020 last year. The most frightening news is the death toll. On Monday, 12 people lost their lives in the entire state, which is the highest one-day death in this year.

Corona effect: NTA postpones JEE Main exam to be held in April amid growing infection, exam to start from April 27

Sarkari Naukri: Development Bank Recruitment for the posts of Probationary Officer, Graduates Candidates will be able to apply till 23 April

Subham - 10 December 2020
NEW DELHI: Union Minister for Education Ramesh Pokhriyal 'Nishank' on Thursday stated that the Central authorities is giving equal significance to the training and...
Go to mobile version