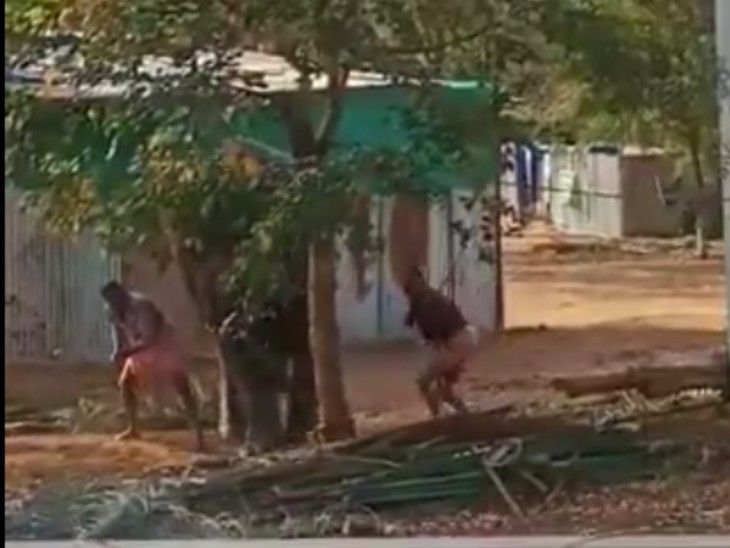 Video of cruelty with elephant has surfaced. In it, 2 Mahavats are killing him with wood.

A video of an elephant ruthless in Tamil Nadu has surfaced. This video is of a Rejuvenation Camp. It is seen that 2 people are hitting them badly with wood on the elephant’s feet tied to the tree. Both the accused are said to be Mahavat. A visitor made a video of this incident. This camp is located at Thekkamppatti, about 50 km from Coimbatore.

After the video surfaced, the Wildlife Activist has demanded action against the culprits. According to the person who made the video, the elephant is ill and undergoing treatment. Mahavat was beating her, then he was moaning badly in pain. The elephant is said to be of Srivilliputhur temple.

The 48-day camp hosts Hindu releases and charitable endowments. On this issue, the officials of the institution say that we have seen the video. Action will be taken after investigation.

Camp is organized every year
This camp is organized for elephants every year in Thekkampatti. In this, special care is taken of them. They would be treated in case of illness or injury. They are given healthy food to control their obesity.

All the necessary arrangements are made for the elephants along with the Mahavat, caretakers, officers and employees associated with the camp. Such a camp was started in Madumalai in Nilgiri in 2003 on the initiative of Jayalalithaa, the Chief Minister of the state. From 2012, it was changed to Mettupalayam. This area comes under Thekkampatti.