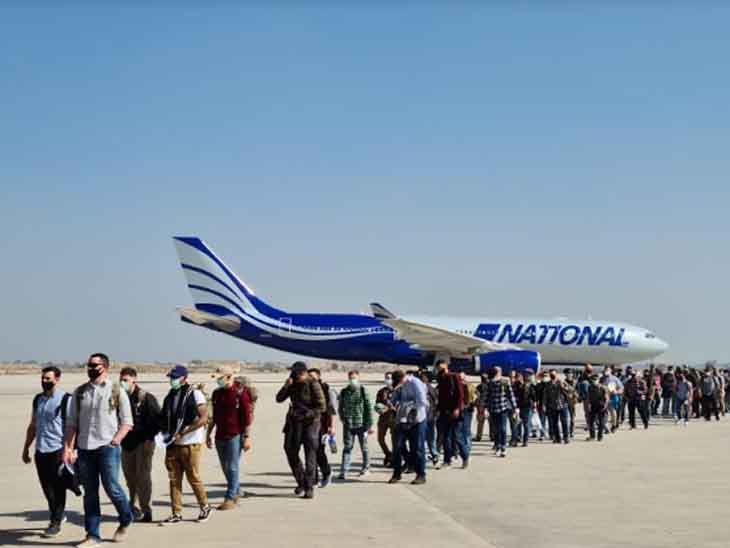 US Army team arrived at Suratgarh airbase in Rajasthan for joint exercises.

On Saturday, a team of the US Army reached Suratgarh in Rajasthan amidst the escalating conflict with China on the eastern border. The team will take part in joint exercises with a contingent of the Indian Army. The exercise will commence from February 8 at Mahajan Firing Range. This joint military combat exercise will focus on counter terrorism. The army of both the countries has excellent experience of working in terror affected areas. In such a situation, both will learn a lot from each other’s experience.

Military spokesman Lt Col Amitabh Sharma said that the exercise “Exercise -20” is the sixteenth edition in the Indo-US bilateral exercises started in the year 2004. The last joint exercise was held in Seattle, USA. This bilateral war exercise will focus on counter-terrorism operations against the backdrop of the desert region. During the exercise, participants will engage in joint planning, operations, missions with joint tactical exercises and interact with each other in the professional affairs of field commanders and soldiers to make this exercise a success. The exercise will have a significant contribution in promoting bilateral forces, enhancing inter-relations, exchanging best practices and experiences between the Indian Army and the US Army.

The exercise is one of the largest military training and defense cooperation efforts between India and the United States. This joint exercise is another step in the growing military cooperation between the two countries, which shows the steady growth in Indo-US relations. The joint bilateral exercise is an indication that both India and the United States understand the threat of terrorism and stand shoulder to shoulder to counter the same.

The US military has a great experience of counter terrorism in many countries including Afghanistan and Iraq. At the same time, the Indian Army has experience in counter terrorism in the Northeast including Kashmir. In such a situation, both the countries will share their experience with each other and practice a new strategy to combat terrorism. The Indian Army will be represented by the 11th Battalion Jammu and Kashmir Rifles of Sapt Shakti Command in this bilateral exercise at Mahajan Field Firing Range in Rajasthan. At the same time, the US Army will be represented by soldiers of the 2nd Infantry Battalion, 3rd Infantry Regiment, 1.2 Striker Brigade Combat Team.