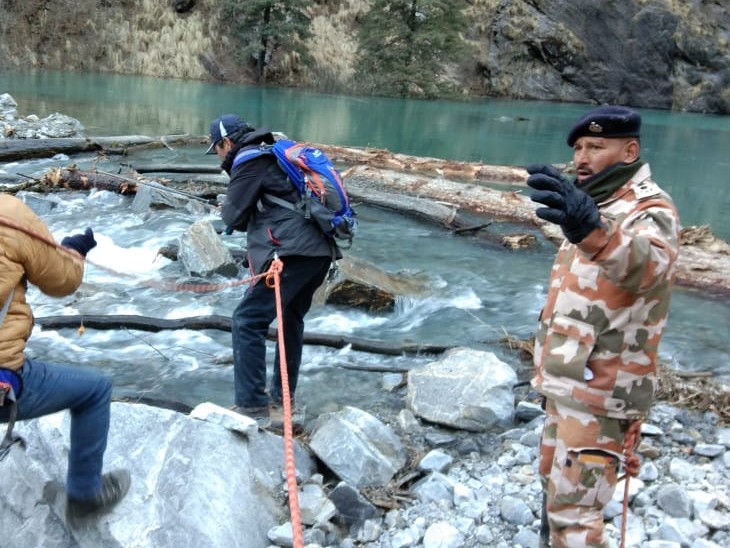 The ITBP personnel and the SDRF team widen the lake’s mouth to keep the flow of the artificial lake right.

Today is the 17th day of Uttarakhand disaster. The bodies of 70 people and 29 human organs have been found so far. 136 people are missing. Now the state government is preparing to declare all these missing people dead. Order for this will be issued soon. If this happens, the number of people who lost their lives in this disaster may increase to 206.

According to the state government, continuous search is going on in Chamoli and surrounding areas. The bodies of a large number of people have been recovered, while some were also rescued. Despite this, people who are yet to get any information, will now be declared dead. 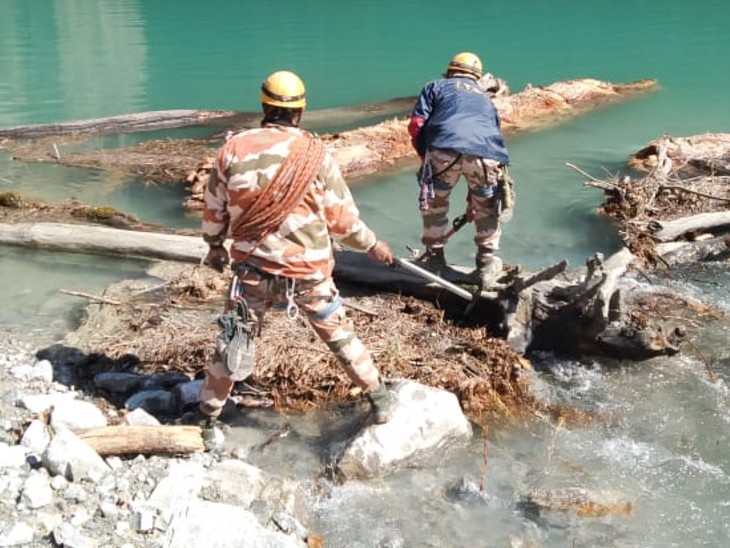 The ITBP and SDRF teams are constantly monitoring the lake.

According to experts, this lake is about 750 meters long and is narrowing further. Its depth is eight meters. Divers of the navy measured the depth of the lake with an echo sounder in hand. If this lake breaks, it can cause a lot of damage. According to experts, this lake is like the Chaurabadi of Kedarnath. In 2013, the disaster occurred due to the breaking of the lake 250 meters long, 150 meters wide and about 20 meters deep in the upper part of Kedarnath. About 17 thousand liters of water came out from this lake every second.

Also put sensor
A team of experts has been deployed to monitor all the movements in this lake. Apart from this, sensors have also been installed in the Rishiganga River, which will raise the alarm as soon as the water level of the river rises. SDRF has also installed a device for communication here.

Battle of idioms in BJP-Congress: Rahul wrote 3 idioms to surround the Modi government on the raids of IT in Bollywood, BJP responded in...

Notice to the Center on Corona Vaccination: Delhi High Court said – instead of applying vaccine to our citizens, the government is donating it...

Congress in Bikaner in bad shape: Congress has left the field...

Mukul - 6 February 2021
Hindi newsLocalRajasthanBikanerCongress Has Left The Field Before The Elections In Nokha And After The Election In Sridungargarh, Trying To Win Alone In DeshnokFed up...
Go to mobile version