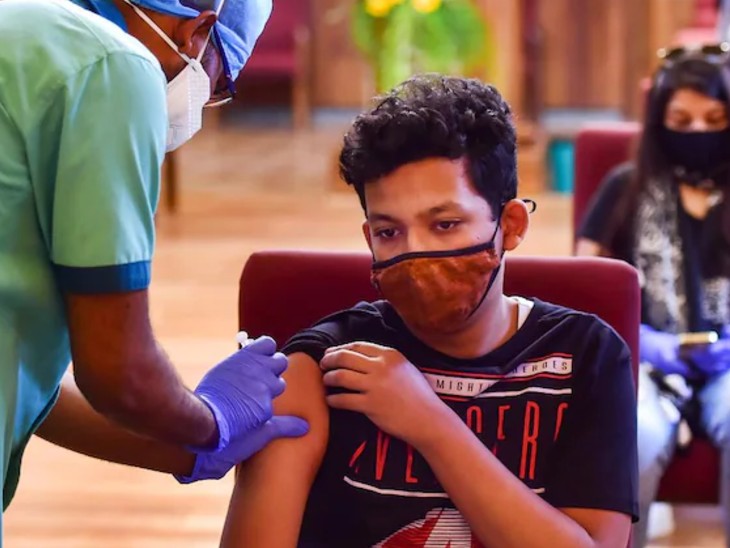 It has been made mandatory for students coming from outside the US to get the WHO approved corona vaccine. (file photo)

Indian students studying in international universities are worried about their career. Due to Corona, more than 10 thousand such students are stranded in many states including Uttar Pradesh. All of them want to go back to their university and study. Especially medical and engineering students are facing a lot of problems. Students say that at present their classes are going on online, but it will not be of much use. He cannot do anything without practical. So they should be allowed to join the university back. The students have also demanded from the Ministry of External Affairs that they should contact other countries and arrange to send the students back to their universities at the earliest.

Medical education cannot be done online
Students studying MBBS from China say that since last year they are stuck here in India. His studies have stopped. The students who had taken admission in 2020 have not even been able to see their university till now. For one year only online studies are being done. There is no point in studying online in medicine. The central government should talk to the Chinese government and find a way out for the students. The China International Students Union has also written a letter to the Ministry of Foreign Affairs of India and China in this regard. Aditya of Bareilly, who is doing research from Peking University of China, says that he has been stuck in India for a year. His studies are getting ruined. Demands were made to the government many times, but nothing happened.

What is the demand of students?

Ministry of External Affairs sought details from students
The Ministry of External Affairs of India has sought details from such students who study in foreign universities and are stuck here in India for a long time. The ministry issued a press note stating that such students can send their details, mobile number, e-mail id to [email protected] and [email protected] Such students will be contacted by the government.

Covaxin and Sputnik-V vaccine not valid in US
The US government has said that only those students coming from abroad will be allowed who have got the WHO approved vaccine. If someone has taken a dose of Covaxin and Sputnik-V, then they will have to take the corona vaccine again. Students in the US have been told that they will not recognize vaccines that have not been approved by the World Health Organization (WHO).

Unique marriage in Tamil Nadu: Mamta Banerjee tied in the bond of 7 births and socialism, Marxism and communism became the wedding procession